Movies are more fun with captions!

We meet for a captioned movie supported by SONY CAPTIONED GLASSES every 2nd Saturday of June, July and August at the REGAL CINEMA in the Citrus Park Mall.

Anyone who wishes to learn more about all the access technology in the community is welcomed to join us for the flick as well as for a social lunch at BJ’s in the Mall after the movie. RSVP to Debbe: dhagner@hlagulfcoast.com Save the date- September 8 – For the next movie social! 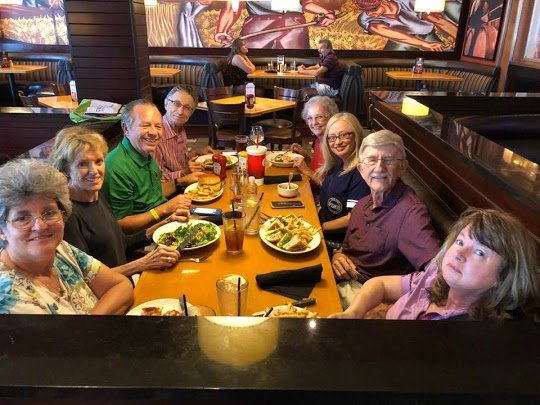 Jason Statham (“Spy,” “Furious 7,” “The Expendables” films) and award-winning Chinese actress Li Bingbing (“Transformers: Age of Extinction,” “Forbidden Kingdom,” “The Message”) star in the science fiction action thriller “The Meg,” directed by Jon Turteltaub (the “National Treasure” movies, “Last Vegas”). In the film, a deep-sea submersible—part of an international undersea observation program—has been attacked by a massive creature, previously thought to be extinct, and now lies disabled at the bottom of the deepest trench in the Pacific…with its crew trapped inside.

With time running out, expert deep sea rescue diver Jonas Taylor (Jason Statham) is recruited by a visionary Chinese oceanographer (Winston Chao), against the wishes of his daughter Suyin (Li Bingbing), to save the crew—and the ocean itself—from this unstoppable threat: a pre-historic 75-foot-long shark known as the Megalodon. What no one could have imagined is that, years before, Taylor had encountered this same terrifying creature.

If you are vision-impaired or have some other impairment covered by the Americans with Disabilities Act or a similar law, and you wish to discuss potential accommodations related to using this website, please contact Cynthia Thiel at cthiel@bjsrestaurants.com.