The HLAA Tampa, Sun City Center and Gulf Coast Chapters met for their Private Eyes movie club on Saturday, June 9 and they were pleasantly surprised when they were treated to a private showing of Ocean’s 8, starring Sandra Bullock and Cate Blanchett. Their host, the Regal Citrus Park Cinema, decided to place the club in a separate theater, so the film could be shown in open captions instead of the normally required Sony Captioned Glasses.

This marks the third consecutive summer that these three chapters have collaborated for captioned movie socials. The group meets every second Saturday of June, July and August for a mid-day movie followed by some social time over lunch at BJ’s Restaurant in the Citrus Park Mall in Tampa. 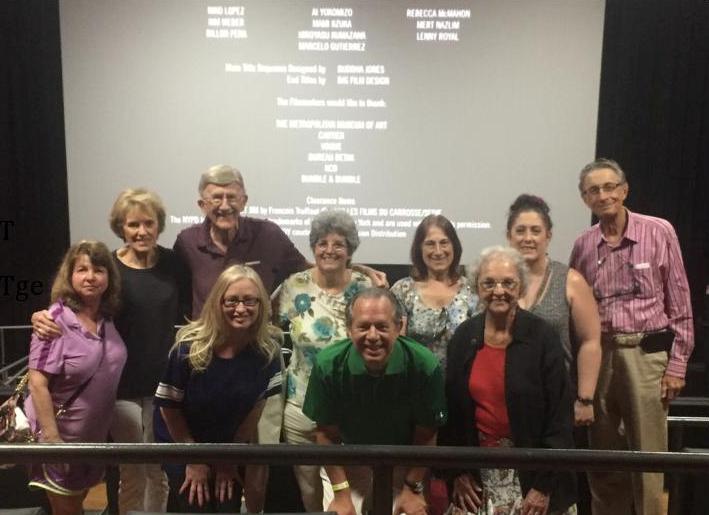 The chapters have plans for several more collaborative events in 2018-19. Along with the remaining movie outings on Saturdays July 14 and August 11, they are planning an HLAA Happy Hour on Friday, October 19 evening from 5 to 7 PM at T.G.I. Friday’s in Tampa.

The chapters will also join forces for their new HLAA Family Support Group for spouses and family members of those with a hearing loss. The concept will make its debut in conjunction with HLAA Sarasota/Manatee on Saturday, October 27 at their Hearing Tech Expo & Clinic in Bradenton, Florida. HLAA Tampa, Sun City Center and Gulf Coast are also organizing their 3rd Healthy Hearing Expo on Saturday, February 2, 2019. HLAA Lakeland is expected to join the team as a co-host.

If you would like to be on one of the chapter’s mailing lists, so you will not miss notices about their meetings, social outings, or special events like the Family Support Group, movie club or Expo, send your name, email address and the name of you preferred chapter to debbe.hagner@gmail.com.